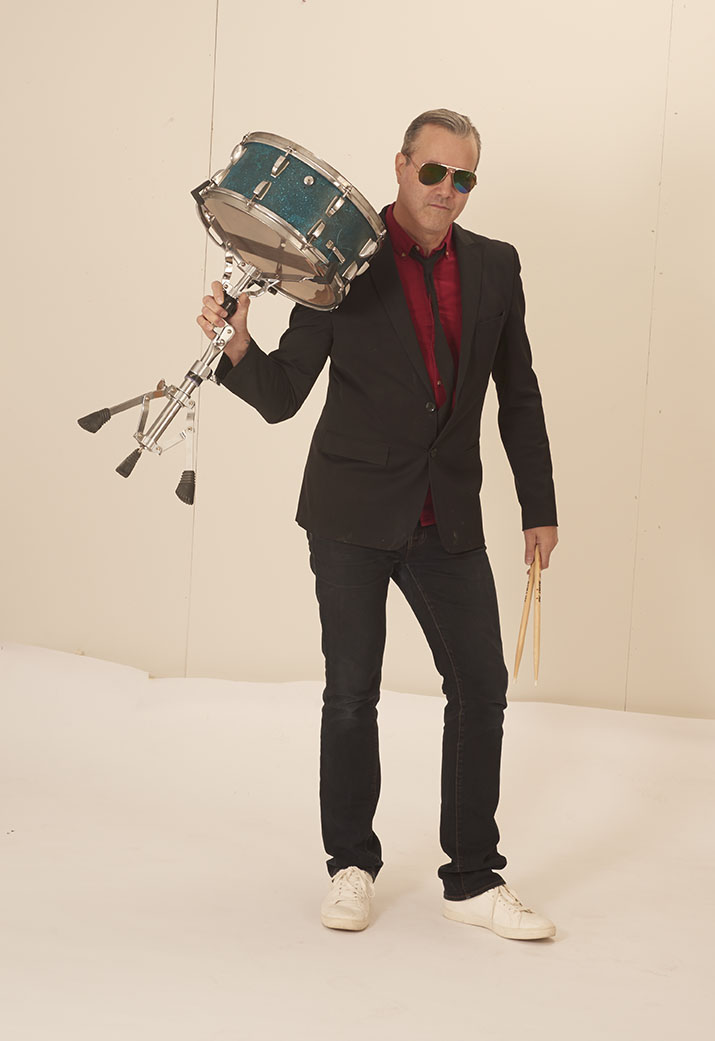 Dee Black aka David Grayson is the keeper of the beat for Route 80’s. Although Dave is our drummer, he also plays guitar, bass and harp. He has recorded and performed with: Dean Whereham from LUNA, John Spencer from John Spencers’ Blues Xsplosion,Lily Montero Diaz, Jon Carlin, Roxx Gang, Hot Sugar, Stab City, Joker Five Speed, The NOISE with Arthur “The Goog”King and German icon NENA at the 2005 COMET AWARDS performing her new single Lach Mich at the OBERHausen Arena and Gene Simmons from KISS. He has also been recorded and produced by Carl Canedy (The RODS/Anthrax), Beau Hill (Ratt, Winger, Alice Cooper), Algys Kyzis of the Swans, Josh Druckman (outliar studio Montecello) and most recently has been writing and Co-Producing music with producer Corey Zack of CACOON STUDIOS in Jersey City. His new Cinematic single, “KILLING TIME”  will be released in December of 2018 under the name Zack Blackshire.

When not recording original music Dave likes to hang out in New York City, rocking songs of all eras and styles with the music Collective known as FBOMB and his own 80s Metal Cover band F*CK YEAH!! Dave is stoked to be starting a new chapter with the ever versatile ROUTE 80s band who will be playing all over the tristate area in 2019!